Our IT topicsAbout
Jobs

How do you manage the colossal logistics processes at a garden center giant such as Intratuin? As a visitor you don't get to see much of it, but behind the scenes there is a system busy with continuous scanning, measurement and re-ordering of products and orders. This is a repetitive process that can realise a lot of benefits from automation of those actions. At Intratuin a large part of the orders go through their internal ordering app Winkelportaal. LINKIT contributed to a major upgrade, which significantly improved both the possibilities and the logistics processes.

Intratuin is one of the largest garden centers in the Netherlands, Belgium and Germany, with 65 franchise stores. Their total offering consists of 80,000 different products that are sold to 12.5 million visitors per year.

The importance of the application

The franchisees manage stock by ordering all inventory, except plants and animals, directly from Intratuin via the Store Portal application. Initially, this was first built up low code with Mendix, but many essential functionalities were missing. For example, there was no Android app, not all product groups could be ordered and there was insufficient integration with the Zebra barcode scanners that Intratuin employees use in the store and during fairs or trade shows.

In order to help bring these processes more tightly together, Intratuin decided to completely rebuild its portal. This time OutSystems was chosen, bringing LINKIT into the picture. Two of our OutSystems developers participated in the project, led by OutSystems lead developer Diana van Eijk.

All systems in one app

Diana: “As a team, we first have to understand all the processes and needs of the customers for the new app, in this case it was the commercial managers of the sites. Task number one was to connect all underlying systems to each other through the new Shopping Portal. We have solved this problem with the recently developed SOAP (Simple Object Access Protocol) from Microsoft BizTalk. ”

“A second point of attention was the integration with the scanners. These are crucial in the entire logistics process, because they keep track of how many products are still in stock. After all, every time the cash register scans something, it has to be ordered again. Moreover, it does not stop at the cash registers. During events that Intratuin organizes, the progress of the stock is monitored with scanners. With the new integration, this is much faster and many repetitive steps have been automated that were previously taking a lot of time. ”

Perhaps the most important contribution of Diana was not technical per se. “The entire development process was originally set up according to the waterfall method, so as one big whole. I have tried to convert this bit by bit into an Agile approach. This made development a lot faster. Together with the rapid development time associated with OutSystems, we have succeeded in delivering the application much faster than planned. ”

Do you also have an app that needs to be replaced or can use an upgrade? We are happy to think along with you about a suitable solution. Contact one of our experts for more information. 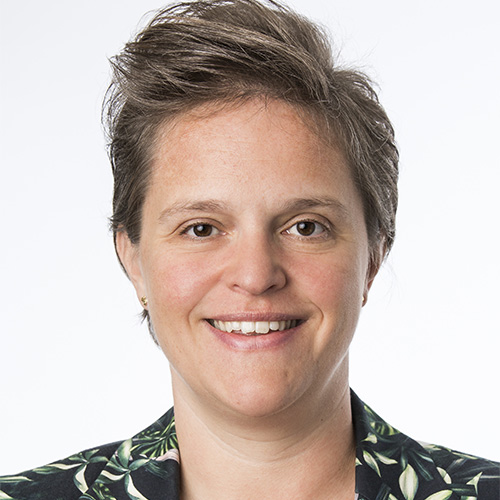