Our IT topicsAbout
Jobs

Building an app in OutSystems. Is that coding or configuring? This idea was discussed at the program table of the Vechtstromen water board. In essence, the conversation was about a new OutSystems app that the water board built in-house, with support from LINKIT. The water board is very enthusiastic about both the result and the work process that resulted the unique properties of OutSystems.

The sewage treatment plants (WWTP) of the Vechtstromen water board used an application by Riloss for the logistics process surrounding the raw materials of a treatment plant for many years. However, the supplier of this application has not existed for years, resulting in the organization using a lot of time, and therefore money, to keep the application running. In addition, the risk that the application as a whole no longer functioned was increasing as the environment, such as the OS, on which the application is running continued.

What made this challenge even bigger was that the reporting requirements have increased considerably in legislation and internal needs, something Riloss could not support either. It became apparent that both the wishes surrounding the process as well as new current possibilities in technology have changed in such a way that considerable improvement could be achieved by replacing the app.

The replacement app, ChemLog, needed to be built in OutSystems. These days it’s is relatively simple to outsource that process to a third party, but the water board had decided against that. By developing it themselves, they wanted to keep a better grip on the development and management costs and hoped this approach would result in an app that is more future-proof. In addition, self-development makes it easier to link Chemlog to other applications while being able to further develop them.

Learning to program with OutSystems thus became almost as important a goal as creating the new app and LINKIT support was chosen to help guide the customer through this. With a department of over 30 OutSystems developers, we have more than enough in-house knowledge and experience to assist in this process.

An important part of that guidance was the introduction of Scrum into the work process. What this means is that the entire development process was divided into short, objective sprints and the communication of goals was clearly organized.

In addition, the water board wrote a user story for each piece of the application's functionality. Each of them has been in mind through the development process. This resulted in a close and constant cooperation with the end users of the water board, ensuring desired quality as all the functionalities have been tested on all desired platforms by the programmer as well as gaining the approval from the users themselves.

It a short period, the newly trained OutSytems programmers of the water board had a good grasp of OutSystems. Programming with OutSystems is largely done visually, by putting pre-programmed pieces of code one after the other. This makes work up to eight times faster and the margin of error is also a lot lower. After an introduction period by LINKIT, the water board was able to build most of the application itself. A huge advantage to the customer.

Soon the results could be realised for the customer. In just three weeks, a fully functioning application was delivered that meets all requirements.

Developing yourself has benefits

Developing an application in-house with low-code fits in well with the philosophy of the digital transformation that the water board is undergoing, as being adaptive is an important requirement. If the wishes and requirements change in the future, the application can now change relatively easily as all the needed knowledge is in-house. Chemlog can also implement innovative ideas, such as automatic orders of raw materials by placing sensors at raw material tanks. In the end, the OutSystems platform and the applications running on it grow with the wishes and needs of the customer. This prevents a legacy application such as Riloss from arising again.

The project has now been completed and LINKIT have switched to an administrator role. When the results were shared with the same program table of the water board that previously wondered whether OutSystems is really programming, their response was very positive on both the progress and on the final results. Thanks to very positive feedback from the organization, meeting the schedule and staying well within budget, the program table was pleased.

The cooperation with the water board was also interesting for LINKIT. For us it is a new confirmation of the power and possibilities of programming with OutSystems. The fact that a group of programmers without knowledge of OutSystems can turn it into a complete app in no time gives a clear message!

Could you also benefit from such a transformation? At LINKIT we would be happy to guide you! Contact one of our experts for more information. 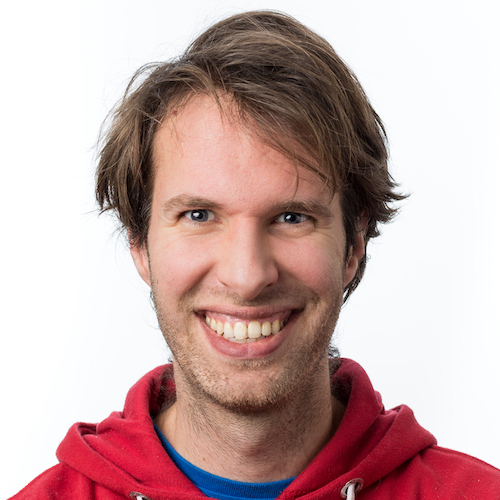